It was time to discard my mask of an idol, because my heaven on earth in the inverted world of Amsterdam was slowly changing in a Buddhist hell. Everything and everyone in my area lived to my whims. The old Jewish curse “I wish you will have much personnel” and the Roman wisdom “power corrumpts” [1] described the influence that my life as icon in Amsterdam had on my personality. My destination as Narrator Nārāyana [2] was somewhere else.

In my heyday in Amsterdam I became Dutch citizen with an associated passport: I could freely travel around the world with the exception of Kenya and several countries in Africa. After saying goodbye to my friends and lovers in Holland I departed halfway spring to Sweden. I had an open invitation from my American lover to live with him in Stockholm.

In my Citroën DS I glided along the highways in Netherlands and Germany via Bremen and Hamburg to Denmark. I thought my Goddess was a fast car, but on the German autobahn I met the real “raser” or “speed devils” who moved with speeds of 200 km/h. Did they wish to flee as quickly as possible from the “here and now”?

I visited Copenhagen [4] in Denmark – the city where I would live for several years after my stay in Sweden and Norway. My amorousness still beamed around me as a halo; within hours I met friends where I could stay. Through these new friends I found accommodation one year later in this city on the water.

After a stopover of two weeks in Copenhagen, I took the ferry to Malmö. In Sweden I drove along the Swedish archipelago [6] to Stockholm [7]. I neared my destination, but before I entered the island Stadsholmen – where my beloved lived in a beautiful old house within the old town Gamla Stan [8] – I saw the City Hall of Stockholm in the distance. 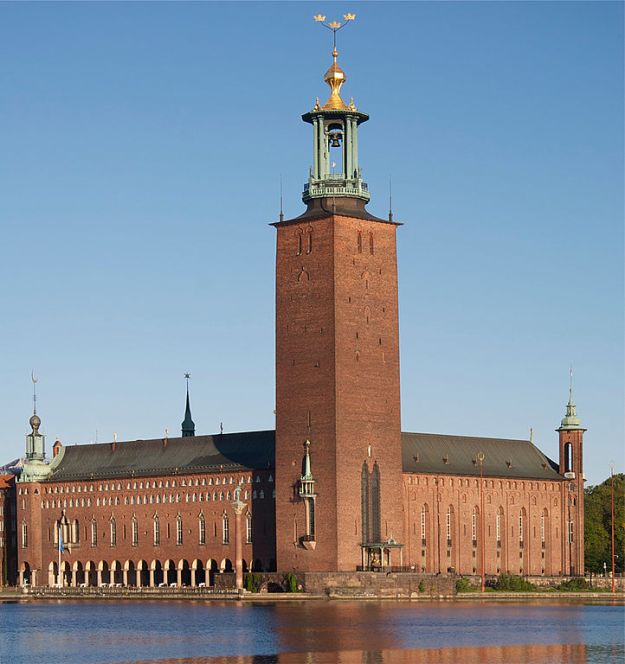 For a year I moved in the golden house of hopes and dreams of my beloved in the Prästgatan [10]. A year full of music and joy, a year with a trip to the North Cape and returning along the Norwegian Fjords, a year without sorrow and a year of farewell.

In countries around the Baltic Sea many street names end on “Gatan”, “Gade” or “Gate”. Upon hearing or reading these words I was reminded of the Sanskrit lessons by my father. He taught me that in Sanskrit the word “gate” is not only a conjugation of the verb meaning “going”, but it is also the “locativus or place-conjugation” of a noun derived from the verb “to go”.

When I read many years later the following parable [12] about Buddha, I was reminded of my first arrival in Prästgatan in Stockholm: “More than 2500 years ago an outsider concealed a life sparrow in his hands and he asked Buddha “Is this sparrow in my hands alive or dead? “. Buddha straddled the “gate” [13] with his feet and asked: “Tell me, am I about to leave or enter?“” [14]

Entering the Prästgatan and the house of my beloved, it felt like an arrival and departure in my life; the sun shone her golden glow.

[1] The Roman verb “corrumpere” means “to spoil, destroy, or pollute”.

[2] The word “nama” means “designation, pointer, destiny” and “Narrator” means “taleteller” in Sanskrit. Narrator is composed of “nara” literally meaning “someone who does not rejoice” and “nara” describes an ordinary man; the verb root “tr – tarati” means “cross over”. Nārāyana means  “son of the original man”. Source: electronic version of the dictionary Monier-Williams – MWDDS V1.5 Beta

[3] This photo is dated around 2005 AC. Source image: http://de.wikipedia.org/wiki/Autobahn

[10] “Präst” means “priest” in Swedish according to “Google Translate”

[12] The word “parable” comes from the Greek παραβολή (parabolē), meaning “comparison, illustration, analogy”. It was the name given by Greek rhetoricians to any fictive illustration in the form of a brief narrative. Later it came to mean a fictitious narrative, generally referring to something that might naturally occur, by which spiritual and moral matters might be conveyed . Source (more information is given): http://en.wikipedia.org/wiki/Parable