One Robe, One Bowl: The Zen Poetry of Ryokan by John Stevens

This translation and introduction by John Stevens is highly recommended for its beauty. It is also a marvellous introduction to the way of living of the Japanese hermit-monk Ryokan

One example: after returning to his small hut – metaphor for clinging to his earthly ego? – Ryokan noticed that all was gone, he composed the haiku:

The thief left behind
the moon
At the window.

Another translation of this haiku:

The thief leaves behind,
the ever changeful Moon
at the firmament

Moon is often used to refer to Tao; it also indicates the firm belief of Ryokan.

On our Odyssey you and I will encounter three obvious classics. Classics are views and ideas that do not suit anybody (completely), but are still worth studying to progress further. We make in this introduction a short detour along the three classics, “Solipsism”, “The universe is but a dream” and “Pantheism”.

At the first stage – described in chapter one – the oneness includes at first sight several features of Solipsism, but the oneness can easily avoid Solipsism, because oneness at this stage will be soon divided in two or more parts, and it may not be excluded that all these parts have a separate consciousness. In addition, one is the recurring initial divider of every prime.

At the second and third stage we will not easily encounter solipsism.

At the fifth stage, each of the five basic realities may easily degenerate into Solipsism, because every reality may regard itself as the only true consciousness within which everything is fully and completely enclosed, e.g.:

At our seventh stage we will encounter elements of Solipsism in all seven entities, e.g.:

At the end of our Odyssey on our homecoming at “Zero – not one, not two” we will look back if every manner of solipsism in the seven realities is surpassed.

The next post will cover the second classic “The universe is but a dream”.

[3] Free rendering of a verse written by Jan Jacob Slauerhoff  “Only in my poems I may live, elsewhere I never found shelter”.

To the beginning of a bud

Emerging in the spring light

Her beauty in full glory

In one sigh elapsed

From the bud downwards

Whirling in a cloud with the wind[6]

A blanket of fingerprints on the ground

Footed by the world 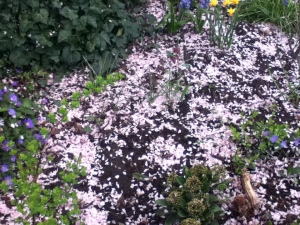 This poem may also be read as retrograde. In the paragraph “No time, no Change” in chapter 7 you and I will meet the mystics including amongst others the role of a flower [5].

[2] See also: Genesis 3:19: “For dust you are, and to dust you shall”. Before the separation of air and earth (see also the second stage during our Odyssey), the transgression of void to dust and dust to dust reflect the different manifestations of the complete oneness. At our homecoming (see the last stage “zero”) you and I hope to return within the complete oneness. Have we ever been away?

[3] “When dust is lifted, the land flourishes. When dust is taken, void arises”. This is a free rendering of koan 61 from the Hekiganroku. See:Yamada Kôun Roshi, Hekiganroku, Die Niederschrift vom blauen Fels. München: Kösel-Verlag, 2002.

[4] In Sankrit the name Buddha consists of the noun “bud” meaning “bud or knop” as “bud” in rosebud in the film “Citizen Kane” directed by Orson Wells – and the root “dha” meaning “place, grant, bestow”. Source: electronic version of the dictionary Monier-Williams – MWDDS V1.5 Beta

[5] According to the tradition the second zen master is recognized by Buddha when only he noticed with a smile the flower raised by the hands of Buddha. Is this recognition of the complete oneness? We do not know. The following zen masters are according to the Denkōroku directly linked with each other. Have these masters ever been away from the budding of the flower? We do not know.

[6] Here you and I notice a manifestation of the word “thus” or “evam”, meaning in Sanskrit amongst others “going with the wind”. See also the last but one paragraph of the post dated 1st April 2011.

[7] See also: the Old Testament, book Ecclesia 12:7: “When the dust returns to the earth, it returns to itself”. Is this the complete oneness or a manifestation hereof? We do not know.

Introduction of Chapter one 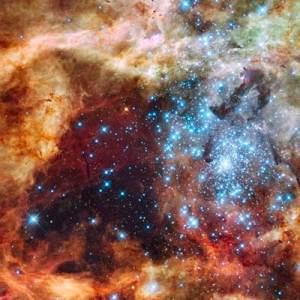 In describing the oneness we strive for a complete connection between content and form. We decide to use verse without significant developments to describe oneness . As a result, some poems change into a “retrograde”: these poems can also be read from the end to the beginning without substantially compromising its meaning. Below is one verse from a poem: the full poem can be read on the page “ONE” in the menu.

The complete oneness is described according to a human scale, familiar to people in a western civilization in a temperate maritime climate. A Bedouin in the Sahara will give a different description.

An Eskimo will also give another description. This difference of rendering is caused by the different manifestations of the perfect oneness to the separate life forms. In later chapters we come back to this phenomenon.

Obviously, a full representation may be appropriate, but this is beyond comprehension for people and we lack the possibilities to do so. You remark that in chapter One the word “thus” – or “evam” [3] in Sanskrit “- is a correct rendering of the complete oneness, but a rendering remains a vague reflection.

In the next posts we continue with the creation of the poem “Blossom”. Afterwards we look at the classics solipsism, “the universe is a dream” and pantheism