Around Easter the winter of that year was gone. The sun emerged and nature flourished again. Next to my city bike I had bought a touring bike by which I made several bike tours on the islands Amager and Sjælland whereupon the city of Copenhagen is located. In a few months I learned not only to cycle well, but I started to love this form of gliding over the roads in weather and wind. 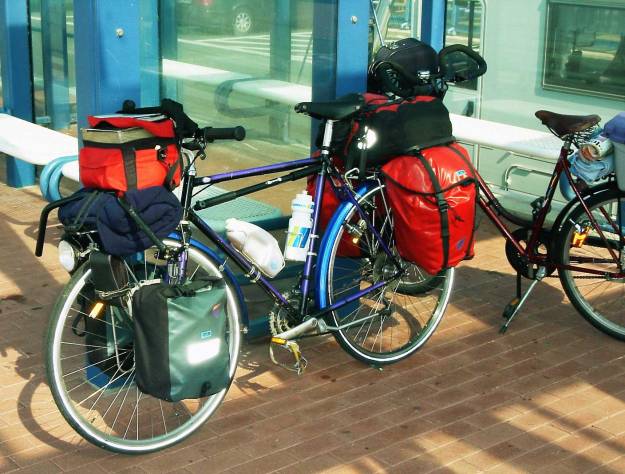 Near the end of spring I received again disturbing letters from former lovers in Amsterdam; they were also seriously ill with AIDS. I decided to travel to Amsterdam with my touring within a week. After a preparation of a small week, I departed to Amsterdam for a few months with a packed bike. My attic room I had temporary sublet to a friend.

Eventually I did two weeks about the trip, because I had almost always headwind. On the long straights, the turning of the pedals changed in turning of the prayer wheels in my experience, sometimes difficult, sometimes without effort. 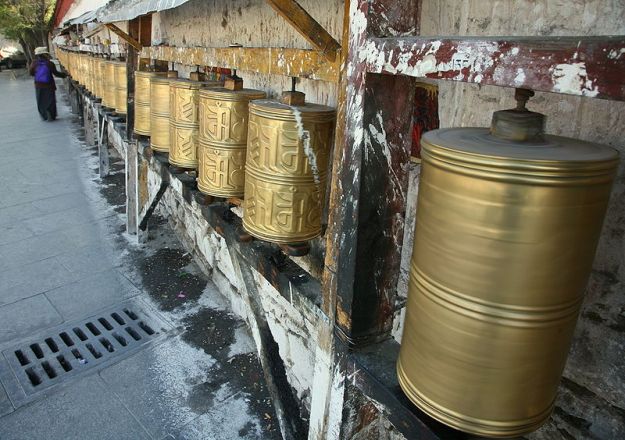 On my way to Amsterdam I had the Buddhist question of the “iron ox” [3] in my mind. Some of my ancestors travelled on horseback. In Africa I had noticed people travelling on an ox. Now I was a rider on an iron steed instead of on horseback. 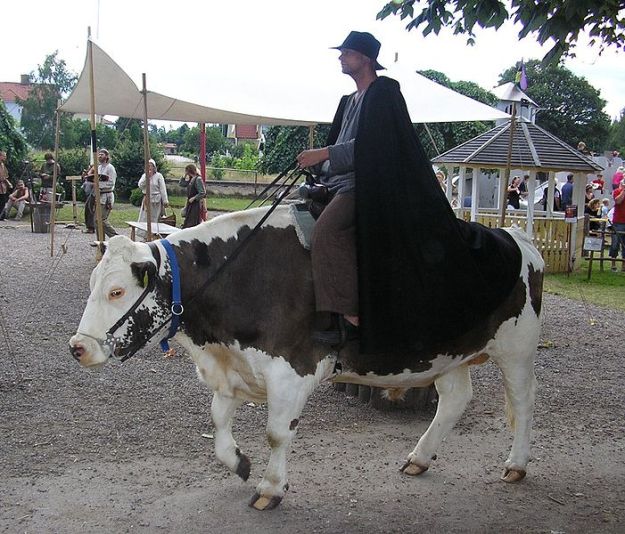 I missed the conversations on this question with my beloved who already lived in America at that time. My clue was the verse on the question:

When the seal (of enlightenment [5] and of an idol) remains, the impression is ruined”. [6]

Cycling through northern Germany and the Netherlands my bike slowly took the shape of the “iron ox” in the Buddhist question. Sometimes nicely gliding, sometimes toiling during headwind, my iron ox did its work; we glided steadily with the road and the environment through the universe.

On the road I could usually stay with people during the night in exchange for stories or for some help on the farm. At resting place I tried to earn some money with magic, because during my bicycle trip I had no income from playing percussion with jazz ensembles. After some practice I could earn a national currency at each stop with two magic rope shows – which I had learned from a friend in Copenhagen; in Germany a D-mark and in a Netherlands guilder. During the first presentation a rope slid through my neck. A demonstration of this performance can be seen on the following video:

During the second presentation, the rope glided unexpectedly through a ring. An example of this representation is shown on the following video:

When I performed both performances every day at five resting places, I earned enough money for daily meals for myself and another traveller with whom I shared the meal.

That summer and autumn in Amsterdam, I lived with and cared for old friends and former lovers with AIDS. In addition, I enjoyed the Dutch beaches and the beautiful clouds in Netherlands.

At the end of the autumn I cycled to Copenhagen with the wind in my back. The winter I spent in my attic room with the long nights in which the moon, the stars and the ghosts kept me company. I stuck to this rhythm of “heading to the south during summers” and “winters staying in Copenhagen” for several years; in later life I spent the winter in the south and passed the summer in the north.

Was this wintering on my attic room a penance for crimes committed as child soldier in a militia? Maybe, a year later I met a man who did penance for his deeds constantly.

[1] Source image: http://da.wikipedia.org/wiki/Cykeltyper . This photo is made in 2005 showing a cycle of a later date.

[4] Source image: http://nl.wikipedia.org/wiki/Os_(rund). The oxen in Africa were not so well fed.

[5] According to Mahāyāna Buddhism, human enlightenment spreads a smell of vanity. Enlightenment only exists when all en everyone is enlightened.