Her Smile for us

From an environment where “Yes” could mean anything depending on the circumstances – from a straight “no” to a “yes” said by Molly Bloom in Ulysses by James Joyce – I moved to a country where “yes and no” divided the world completely in half. It was a land that was incredible flat and where each group of people had its own church and faith based on a specific paragraph from the Bible. Only the water was omnipresent. Water was equal for all and everyone lived with it and fought against it. It was constantly pumping or wet feet – many floors of houses along the canals are well below the water level in the canal. 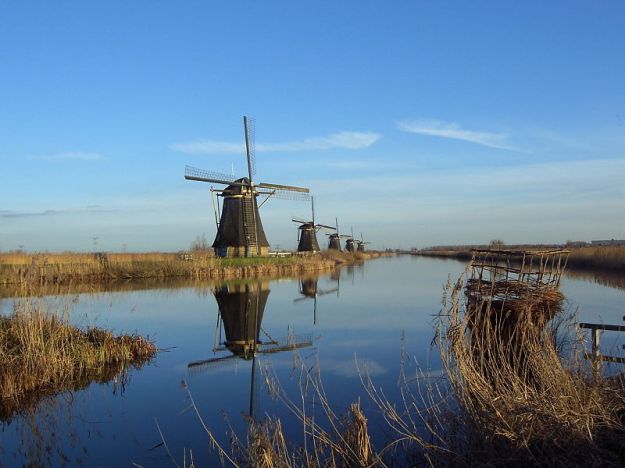 In this country, I went to live and study, and here I met my great love – in that order.

As flat as the polders were in my view, also as flat were the manners of the inhabitants of that country. I was invited at a birthday party for coffee – including a small piece of apple pie for each visitor and later in the evening in answer to the offer of a second beer everyone said: “It is time to leave”. I remained seated with my second beer that I drank quickly. At festivity in South Limburg 24 fresh fruit pies were baked for the visit – one did count on several pieces of fruit pie more or less for every guest. And there was always sufficient beer and food.

My room in Delft was near a citizen Rowing Club. I visited the Club: the Club and I liked each other. My three years in Delft I was in a female crew for boat racing.

In this direct environment I started my study: it matched the straightforwardness of mathematics and physics. Later I noticed that the topics of my study and the inhabitants of Holland what less straightforward.

My study was still as easy as on the gymnasium. Many false securities disappeared during my study. If I had to design an amplifier in a practicum; there were too many unknown variables in the formulas in order to obtain an unique outcome. The solution consisted of adopting a certain bias current – based on experience or daily practise – and if this initial bias current did not fit, the bias was altered slightly. 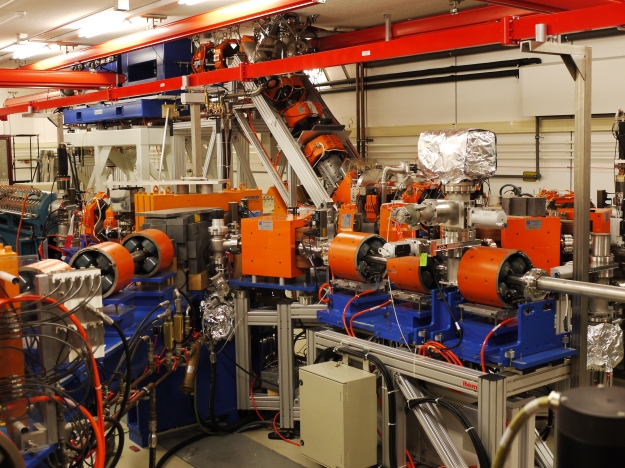 In the lectures philosophy we learned the falsification theory [4] of Popper and Kuhn as a criterion for science: an idea or model was only science if the idea or model in question was susceptible – and open – for other ideas/models that stood a chance to refute the first idea. Ideas and models that were not susceptible to falsification, fell into the category of dogma or religion.

During the lectures human sciences I learned the hierarchy of needs described by Abraham Maslow [5]. According to this model I had made a start with self-realisation with a huge hole in love – until then I had played hide and seek with my feelings of love.

The lectures social sciences about the “Milgram” [6] and “Stanford Prison experiments” [7] increased my concern and uneasiness that was arisen at the reading of the oeuvre of Jef Geeraerts and Erich Fromm. A very significant part of humanity was – often by circumstances – very easily moved to lewd, docile and even abject behaviour. In my last year in Delft I made acquaintance with theory of “bad faith” and “the look” of Sartre [8]. By this way of seeing people were severely hampered in their freedom. According to “bad faith” people become an instrumental thing by adhering a stamp to the people in question: a free man with all possibilities is solely by his role as for example a waiter reduced to a limited instrumental serving object. A similar mechanism is acting in the theory of “the look” in which a free man – with all possibilities – is in a glance reduced to a despicable creature. E.g. a man is looking through a keyhole of a room, a second man sees this: by the look of this second person the first man is reduced to a lewd peeper.

These colleges in philosophy and human sciences have influenced my entire further life. Later I will continue my study in a complete other direction in Amsterdam.

First I followed a technical scientific study for three years with amongst others the topics: electromagnetic fields, thermodynamics, fluid dynamics, relativity, quantum mechanics and mathematics about matrices and vector fields.

Of course I kept visiting libraries. The general library for literature, general development and relaxation and the technical library for deepening and enhancing my scientific knowledge.

In the second semester of my first year in Delft, love came in my life all-encompassing and inevitable.

My first day at the gymnasium began with approximately 10 kilometres cycling on a hilly road. The school was much larger than our village school. New classmates and many new teachers. Learning remained easy and I made sure not to show it. I remained an outsider as a student from a distant small village with another dialect who cycled alone every day 20 kilometres on my bike.

After some time I was included in a group of girlfriends and I was more at home at school. The lessons were boring and homework was not needed: it had to remain a little exciting. In our village I played music in the harmony; I also had several  girlfriends from the primary school. With a primary school boyfriend I explored the forests and experienced all sorts of adventures. By cycling every day I had an excellent condition – many boys could not follow me until halfway high school they had received sufficient male hormones to exceed me with body strength.

As the oldest of the three sisters I had an advantage: I had control over everything that happened between us. I mothered them; this caused sometimes conflicts with my sisters and my mother. Being the oldest also had a downside: I thought I might control everything that happened between us [1]. I noticed in the third or fourth class that I was the only special daughter. My sisters were ordinary normal pupils; my tutoring for their high school lessons had not much extra result. I was and remained the only outsider in our home.

My second sister was once asked in her class at school how many books were read every year at home. Most families read about 10 books. One classmate mentioned 50 books. My sister said that we read about 500 books. That was fully right: I read about 300 books – also easy books, my father 100 books and my sisters around 50.

In the second half of the gymnasium we had to read books for our final exam. For English I had chosen Ulysses by James Joyce. I had to amend that choice, because our English teacher found this book too complicated [2]. As alternative I chose “Lord of the flies” by William Golding – a novel about the derailment of a group of boys on an island. Of course I also read Ulysses from cover to cover – later when I was older, I understood this book better after a second reading. At a very abstract level the book Ulysses has been model for the structure of our Odyssey to “Who are you”. Yes, from the monologue by Molly Bloom I have learnt a lot about the earthly views of women on men: certainly yes. Again I played hide and seek – now with my feelings of love, until I met my great love a few years later in Delft. 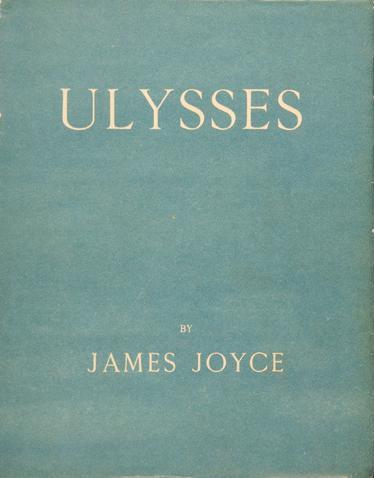 For Dutch I read among other books the entire oeuvre of Hugo Raes and Jef Geeraerts. By these authors I became sensitive for institutionalised crimes against humanity.

The French existentialists and phenomenologist – Jean Paul Sartre, Simone de Beauvoir and Albert Camus – I also read. Simone de Beauvoir was at that time for me a model of a self-conscious intelligent woman – she wrote wonderful books such as “Tous les Hommes sont Mortels” and “Les Belles Images”. Albert Camus with “Le Mythe de Sisyphe” and “L’Homme révolté” showed me far-reaching choices by humans – we will encounter these books later on our Odyssey.

In an overview of world philosophy I read a reference to the Tao Te King by Lao Tse. This book fascinated me because I could not give this book a clear place in my mind set at that time. We will encounter this book in chapter 7 on our Odyssey.

Women’s emancipation and pop music had a limited place in my life at that time. My loves were untouchable and vague; the boys in my area were naive or stupid – except my primary school boyfriend. We made all sorts of wanderings – at the end of the high school we also made distant wanderings of many day. My mother was opposed; my father agreed and began a conversation about the contraceptive pill – this was not the case. We went hiking in Belgium, a few days hitch-hiking to Paris and also to Taizé for the sense of communion – not for the religion. The last summer holiday at high school we travelled through Europe by train for one month. I am still in touch with my primary school boyfriend.

I learned science – mathematics and physics – without any effort all; I receive a nice outcome at a Mathematics Olympiad. I read the Scientific American in the school library – it was fun to solve the puzzles by Martin Gardner [5].

In the summer holiday after my final exam I read almost all the books of Erich Fromm. His humanism against the current, I found worrying [6] and encouraging. Later, we will encounter his books on our Odyssey.

In my last year of the gymnasium, I decided to continue my life with a technical study at the Delft University of Technology. My father was very proud of me. Together, we quickly found a room in Delft. A new era in another culture dawned. 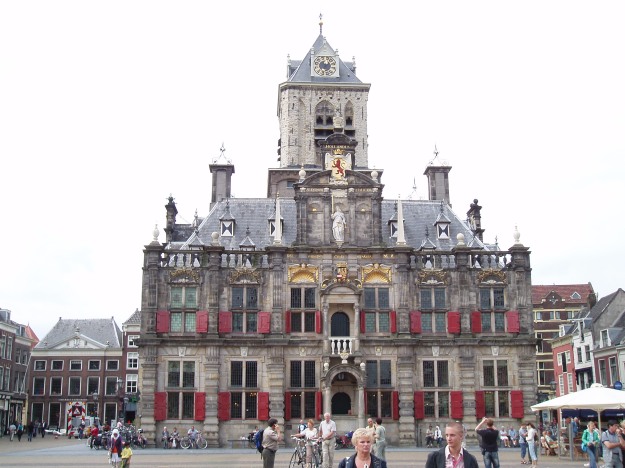