History, with which one must live.

You continue the brief report of your life with the arrival in Dachau after a pilgrimage of two months:

“In September 1983 I left the farm of my godmother in South Limburg. She had recommended me this pilgrimage in order to honour the wish of my aunt who had asked me after my 21st birthday to carry out the traditional Jewish remembrance of the dead for my parents, when I would be able to do so. My mother died in 1944 and was buried in Dachau. During All Souls’ Day on November 2, I hoped to visit the grave of my mother according to the Catholic habit in South Limburg.

On my journey by foot I got to know the wind [1] and the moon [2] and I started to identify the wind and the moon with the “He” and “his” in the Kaddish prayer [3]. Hereby I could say this prayer every day – for a full year – for my father, mother, aunt and Godfather.

As wanderer, but a luxurious wanderer, I arrived in Dachau at the end of October 1983; my health was still excellent and my equipment comfortably. Also with the early nightfall at the end of the afternoon I learned to life by making a small fire in a small used tin.

A day later – on a stormy day – I visited the camp. The images and impressions of these camps are well known. Sources report that the administration in the camps at Dachau recorded the intake of 206.000 prisoners and 31,951 deaths mainly caused by malnutrition, exhaustion and diseases [4]. In comparison, on the war cemeteries in Omaha Beach in Normandy, France  and in Henri Chapelle in the Ardennes, Belgium, 7000 and 8000 soldiers were buried: bottomless grief.

During my visit to the camp I noticed what my aunt could not mention and wished not to mention. I also understood why she added to her wish so explicitly: “When you are able to do so”. Later, much later, I could put into words my feeling during the visit.

Stilled and turned to stone

The Wind played Her song.

At the fall of dusk I left the camp. Outside I sang the aria from Cantata 82 “Ich habe genug” composed by Johann Sebastian Bach:

This Cantata was written by Johann Sebastian Bach for February 2nd or “Purificatio Mariae” [5] – the purification of Maria – 40 days after Christmas. Appropriate: I sang the cleaning of and for my mother, her memory be a blessing to our world and for the hereafter [6]. For me, these two worlds of Her have always been one and the same.

The next day I came back to see if my mother’s grave was well taken care for. I had a round pebble with me: this pebble I put on her grave.

Then I walked along the Catholic Chapel, the Christian Church of Reconciliation and the Jewish Memorial. For me, none of these rooms were inviting to enter. 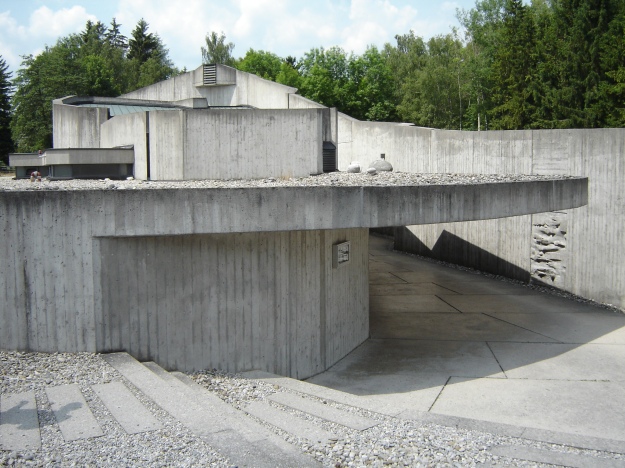 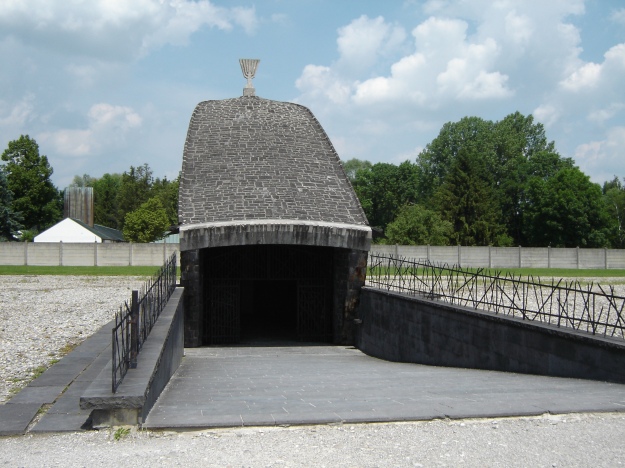 In Ulm, I had seen the study model for the continuum that includes the entire universe in all its simplicity and limitation. Inside and outside change continuously. At the same time this reconciliation room gives shelter, and breathable includes everything from the universe in security and responsiveness. My mother, her memory be a blessing for here and for there.

On November 2 – All Souls Day – in the afternoon I visited my mother’s grave. The stone was gone. I could understand this, otherwise there might arise a mountain of stones. At her grave, I have said the prayer of Kaddish.

Near the fall of darkness I moved on. My feelings during this departure I read many years later in the Zen koan: “Each of you have Your own light. If you want to see, then it is not possible. The darkness is dark, dark. Now, what is your/Your light? …… The answer is: the room of the universe, the road.” [13]

Country walkers are not welcome in Dachau. I moved on. Winter began. It took 10 years before I visited the grave of my father in 1993. First I lived in monasteries for several years”, you say.

[4] Sources give different numbers. The numbers in this post come from: http://www.dachau.nl/het_kamp/historisch/index.html and http://en.wikipedia.org/wiki/Dachau_concentration_camp

[12] Model for the continuous design by Ulrich Burandt as study during the workshop of Tomas Maldonado at the Ulm School of Design. Source image: http://en.wikipedia.org/wiki/Ulm_School_of_Design

[13] Free rendering of Yunmen’s light – case 86 from the Hekiganroku. See also: Aitken, Robert, The Mind of Clover – Essays in Zen Buddhist Ethics. New York: North Point Press, 2000⁸. pag. 62. Remark: According to the sources the answer to this koan is: “Storeroom/kitchenstorage, gate/gateway”. In this post “Storeroom” is rendered as “the room of the Universe” referring to “Deine Seele ist die ganze Welt” or “Your soul is the whole world” – see also: Hesse Herman, Siddhartha. Frankfurt am Main: Suhrkamp Verlag: 1989 p. 10. In Sanskrit “Gate” means amongst others “going, and the locativus for the verb to go”.